The Fascinating History of Fox-Red Labradors 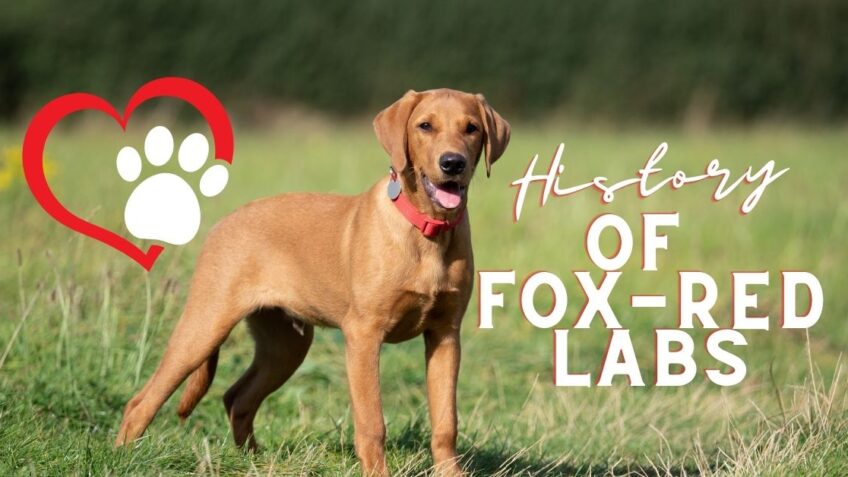 The Fox-Red Labrador is a darker shade of the yellow Labrador Retriever, and with their striking beauty – it’s no surprise that they’re growing in popularity. With that, we thought we’d share a bit more about their history and background.

The Origin & History of Fox-Red Labradors

Red labs have always had the potential to exist within the Labrador breed. However, at one point, almost all labs were black. While this is partially due to nature, it’s due to human interference as well. In the past, chocolate and yellow labs were not only harder to breed but were also less desirable. As time went on, though, the need for a hunting dog surpassed the preference of coat shades, and in recent years, these rarer colors (like fox-red) have been becoming more popular.

Today, there are two types of Labradors, the working American Lab and the show-bred English Lab. American Labs are built slimmer, with less stocky heads and chests. They have a stronger drive towards prey and are less forward and playful. With this in mind, you won’t be able to find a Red Labrador with a show background. Dogs that are advertised as English Fox-Red Labradors will most likely have a pedigree that is a mix of American and English dogs. We mostly get the beautiful fox-red labrador from the pool of working retrievers since they are more often the American rather than the English Lab type.

While we probably don’t have to say it, genetics are complicated, so it’s not very unusual for breeders to get puppies in colors that they weren’t expecting.

Long story short, fox-red labradors are becoming more popular, and it’s no wonder why when you see their vibrant, gorgeous coats. They’re a bit more challenging to breed, but that’s what makes them even more special.

Tell Us What You Think

Want to learn more about what our professional gun dog training services can do for you? Click learn more and we will get back to you ASAP.

We service the following areas:

Don't see your area? No problem. We train dogs from all over the US. Contact us for additional info.